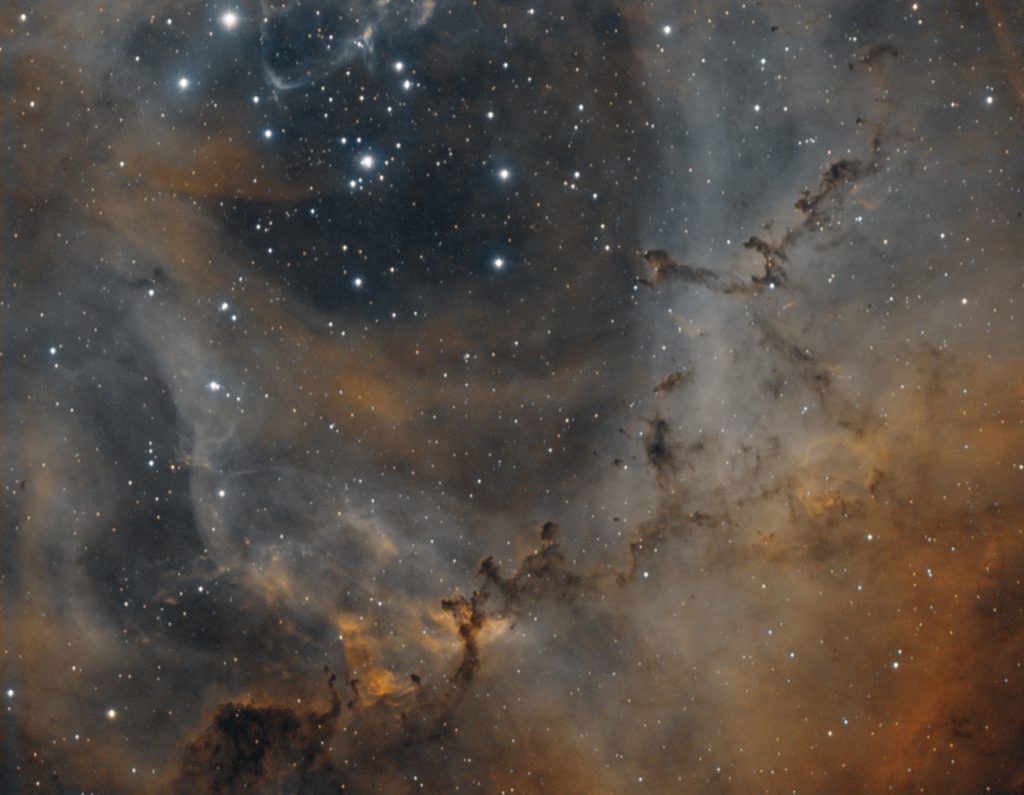 Life has kind of taken over for the last few months, so I’ve been a bit slow getting this one up, but better late than never eh?

This is my dual-narrowband image of the Rosette Nebula (Caldwell 49) in Monoceros.  This is a large object, so with the size of the Atik’s chip, I’d not really thought about imaging it, but thought it was about time I spent some hours to hone in on some of it’s many wonders.  The rosette is an emission nebula in the constellation of Monoceros, about a third of the way along a line between Betelgeuse (β-Orionis) and Procyon (α-Canis Majoris). 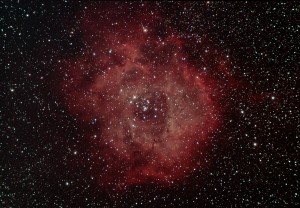 The Rosette in RGB – taken with a DSLR.

It’s a reasonably difficult target visually, but a larger aperture reflector (10″ upwards maybe?), under a decently dark sky and with assistance from an OIII filter, shows up the doughnut of nebulosity surrounding the central star cluster (NGC2244) which has a distinctive five stars that you can use to locate the centre of the object and gauge it’s scale.  It’s actually four to five times the width of the full moon in total – massive!  The image on the left is a previous image of mine, taken in RGB (i.e. full colour).  This shows more fully the extent of the deep red emission nebula, and the full object, which fits on the much larger chip of an APS-C DSLR (a Canon 1100D in this case).

This is a dual-narrowband image, meaning it was taken in two particular emission bands – the Ha (2hrs 20-mins worth of 5-min sub frames) and OIII (2hrs 50min of 5-min sub frames).  These were then initially combines and processed in MaximDL, and the resultant image brought into photoshop, where the Ha layer was combines with it again as a luminance layer.  This helps to bring out the absolutely gorgeous detail that the Ha contains.   The Ha image alone is lovely to begin with, and I’ve included this too below, as I feel it stands on it’s own.  Interestingly, this was captured in two places – the Ha was captured at the SEKAS dark-sky observing site near Canterbury, Kent, whilst the OIII was captured in a friend’s back yard in the centre of Canterbury. 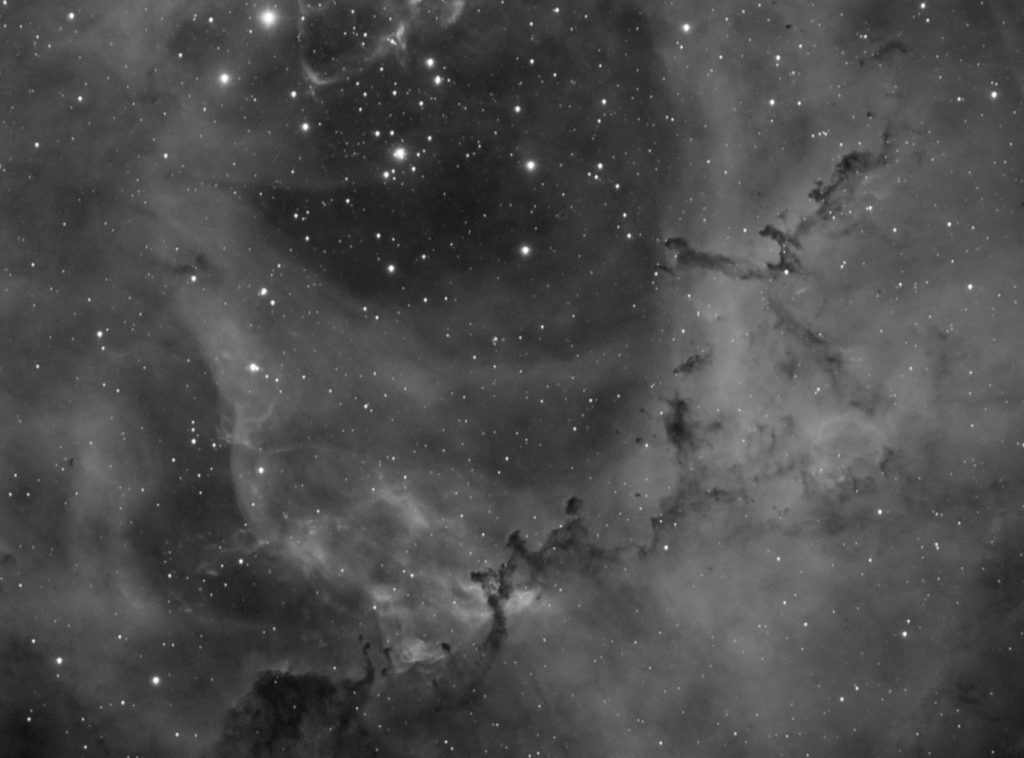 I chose this particular section of the object as the dusty ‘bok’ globules in this region are absolutely exquisite.  The stunning shapes that they form (I can see a donkey and a leaping puma amongst other things), combined with a lot of patience to process and bring out the best in the data, has produced, I feel, one of my best images to date.

So – here’s the more detailed blurb…