Today’s post is a bit of a lessons learned post.  First – which of these statements is true :-

Answer : All of them.  Well, if you have a permanent setup.

If, however, you don’t have a permanent setup (i.e an observatory/pier/etc), then point 2, despite what you’ll read in many places, is actually a bit of a falsehood.  Despite being less prone to loss of collimation, I found out to my chagrin that SCTs, when transported around as much as I do mine, do lose collimation over time.   My planetary captured this year have been absolute rubbish compared to earlier years, which I thought was down to the seeing, and the fact they were so darn low (low = more atmosphere for the light to pass through = less detail, more atmospheric instability etc).

Mars and Saturn earlier this year…

So, roll on September, and, having finally managed to sort out off-axis guiding, I went for my first go at something deep sky with the LX90ACF.  An hour and a half or so on the Bubble Nebula (NGC 7635) in Hydrogen Alpha gave the following when stacked and processed… 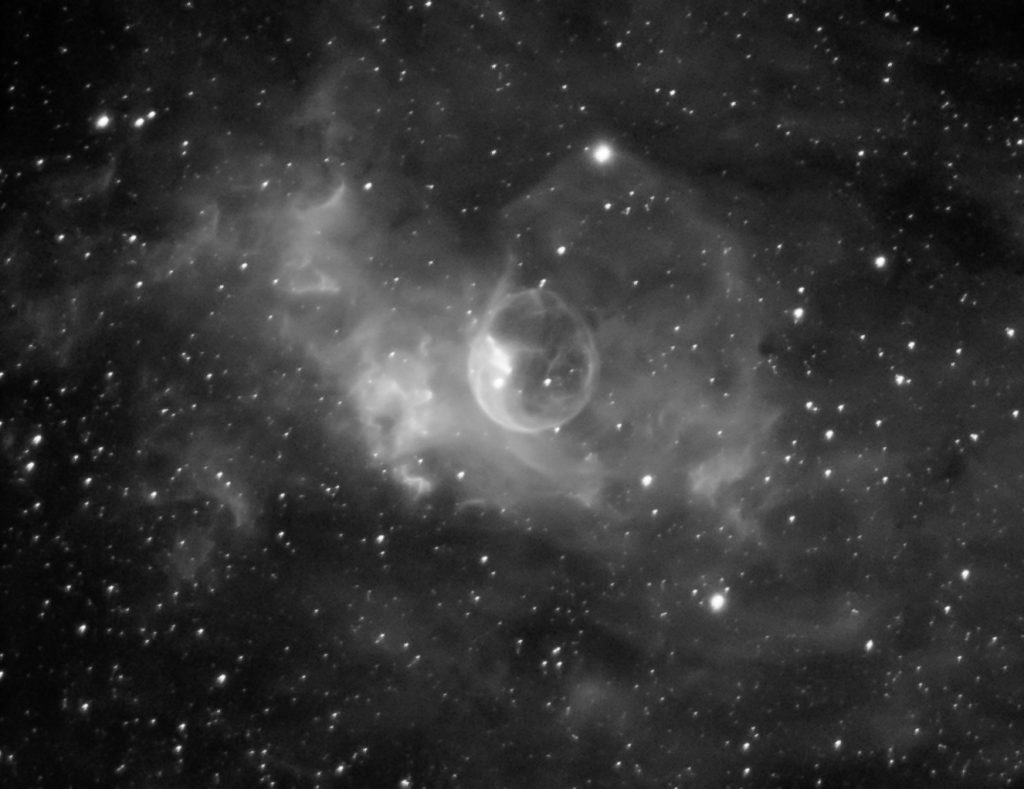 If you take a look across the entire image, but particularly in the lower left-hand corner here, the stares are almost triangular.  They are like points of light but with a sort of frilly tail.  Suffice to say this isn’t right. 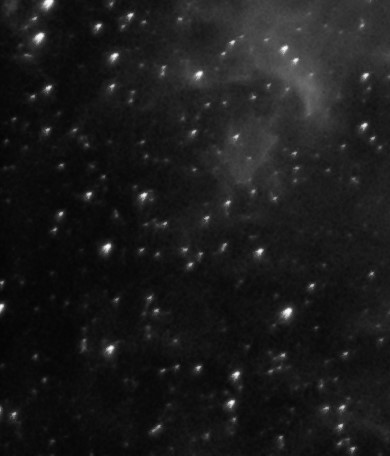 Due to the huge focal length (compared to my refractors anyway) of 1.26m (after reduction with a reducer), I was expecting the setup to be a bit more temperamental where guiding was concerned, so at first I assumed it was something to do with that.  However, it also showed up on single subs (same on each) as well as on the early test subs I did.  This pointed to a much more fundamental issue.

So, I did something that I’d not done for about two years (primarily as it’s a pain in the arse), and collimated the LX90.  By far the best way to collimate an SCT is via a ‘star test’ which I wont go over here – there’s loads around the web about it – it’s all to do with slightly defocussing a centralised star with a high power eyepiece, and getting the concentric circles that you see into a symmetrical ‘bullseye’ type arrangement.  The difficulty with this is that bad seeing (almost ubiquitous in the UK) can make this very difficult to do, as the atmospheric instability causes those concentric rings to wobble about all over the place, making them really difficult to see.

Enter the tool of the year (for me at least!) – an ‘Artificial Star’.

Available from a Hong Kong-based company known as ‘Hubble Optics’ (no relation), these little gems are basically a small multi-LED torch, with five variable-sized teeny little holes in front of them.  These vary in size from 50 to 250 microns – that’s a 1/20th to 1/4 of a millimetre.   Why would you want a pretend star I hear you cry.  Or not.  But anyway, the reason for wanting an artificial star is to be able to collimate a telescope with minimal effects from the surrounding atmosphere.   When there’s only 25m of atmosphere between the scope and the star, rather than 70 tumultuous miles or so, then the chances of getting a nice stable star are greatly increased.

Turns out, the reality matched the theory.  I placed the artificial star approximately 25m from the scope, and got a wonderfully stable set of concentric diffraction rings using a 6.7mm eyepiece.  I even got a visible airy ring when in focus, something which is usually notable absent in all but the best seeing conditions.  This process involves centring the rings in the eyepiece, for which I used an illuminated reticule EP, then switching back to the high power one to check and alter the collimation screws on the secondary.  You then need to centre again before tweaking each time, as you only get a true representation when the star is exactly central.

I collimated with the diagonal in, but also checked by talking the diagonal out and putting the EP ‘straight through’ so to speak, and was happy to confirm that my diagonal is well collimated too, as I didn’t get any apparent change in collimation.

Once collimated, I had to wait a few nights until the next opportunity to test.  The following was the result of the 55 mins or so of subs I managed to get the second time around… 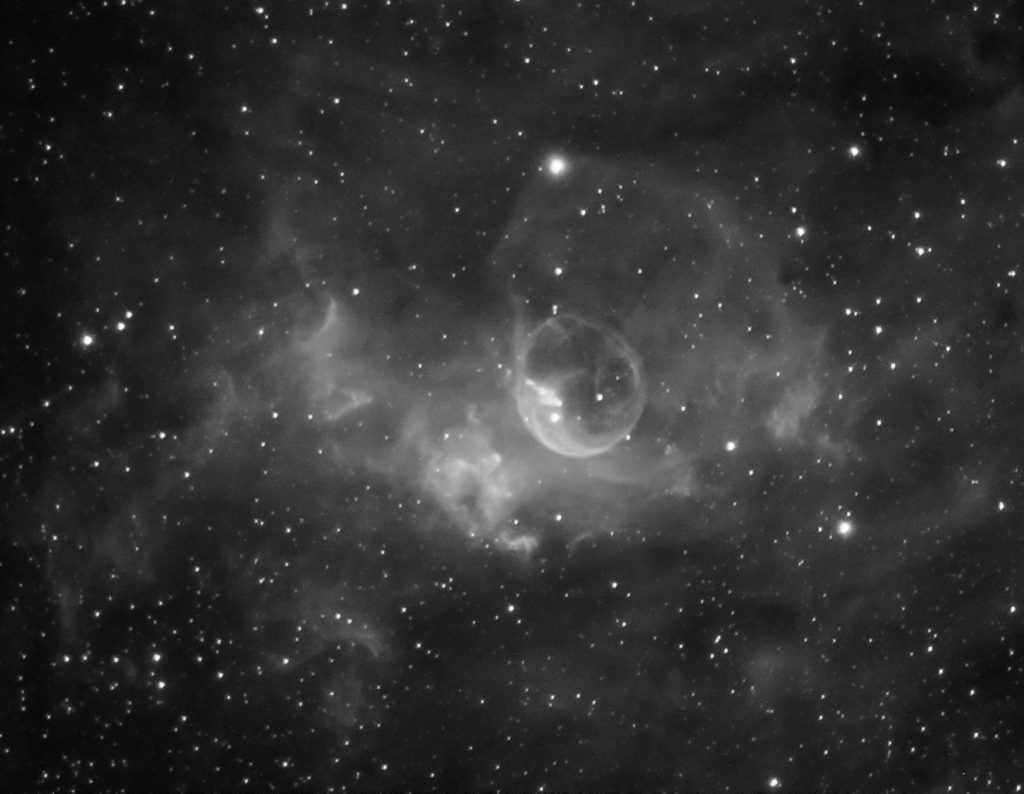 As you can probably see, despite the imperfect guiding (still to tweak things there on the longer scope), the stars are a heck of a lot better.

Both of the above images are processed the same way, just with different integration (exposure) times.  The geeky details are as follows:-

I’m looking forward to having another go on the planets at some point, though the best has now passed this year unfortunately.  Moral?  Don’t assume you can forget about collimation of an SCT once you’ve got it – especially if you have a mobile/non-permanent setup like I do.  Give it a check occasionally, and to do so I’d heartily recommend an artificial star!