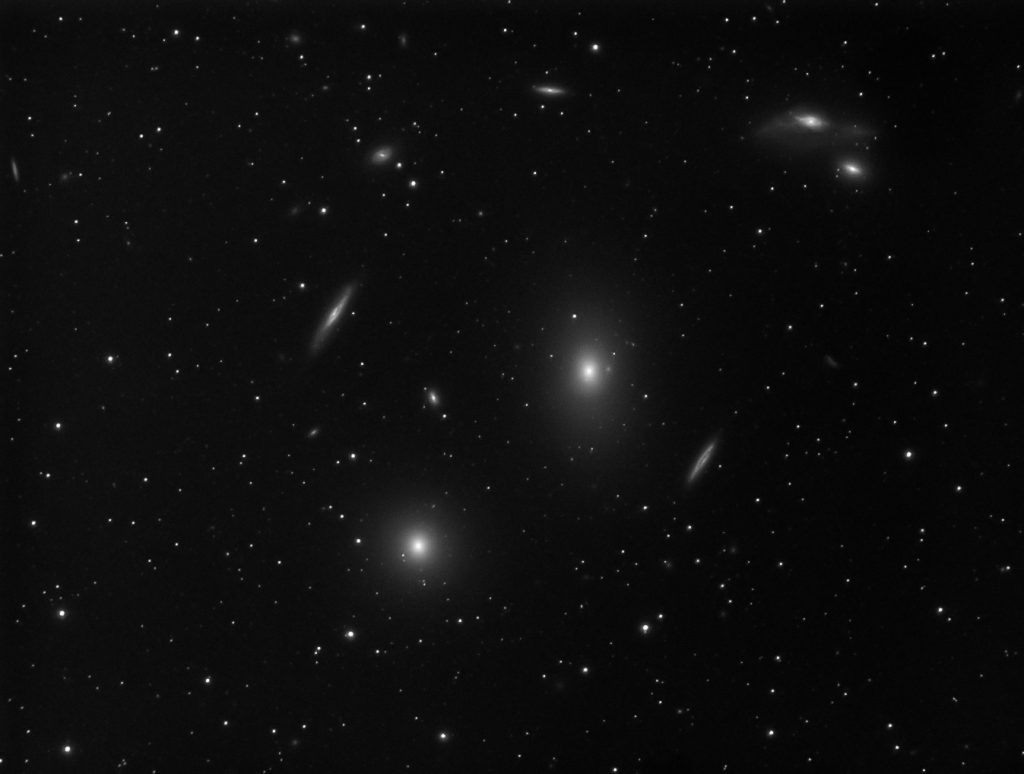 This image is one I’ve wanted to capture for a while.  This is one part of a string of galaxies known as Markarian’s Chain, that form part of the huge Virgo Cluster.  I’ve decided to start presenting the image capture and processing info in a different way going forward – as a separate infobox – hopefully easier to refer to… 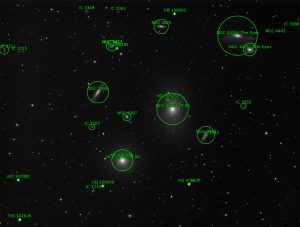 This image actually contains about nine obvious galaxies, and dozens of smaller, dimmer galaxies, some of which just appear as faint smudges.  The next second image shows the main image after being run through a plate solver, which labels the main objects in the field of view.  There are two Messier objects (M86 and M84), as well as several NGC objects, and the less well-known IC objects.  Several objects have multiple names, reflecting their presence in more than one catalogue.  The oldest of these catalogues, the Messier List, was actually a lit of objects that weren’t comets.  Charles Messier was an 18th/19th Century astronomer who made it one of his life’s tasks to catalogue comets.  In doing this he made a list of the objects that weren’t comets, so that he could basically ignore them.  It’s funny to think that the most famous astronomical catalogue was put together to avoid looking at the very objects it contained…