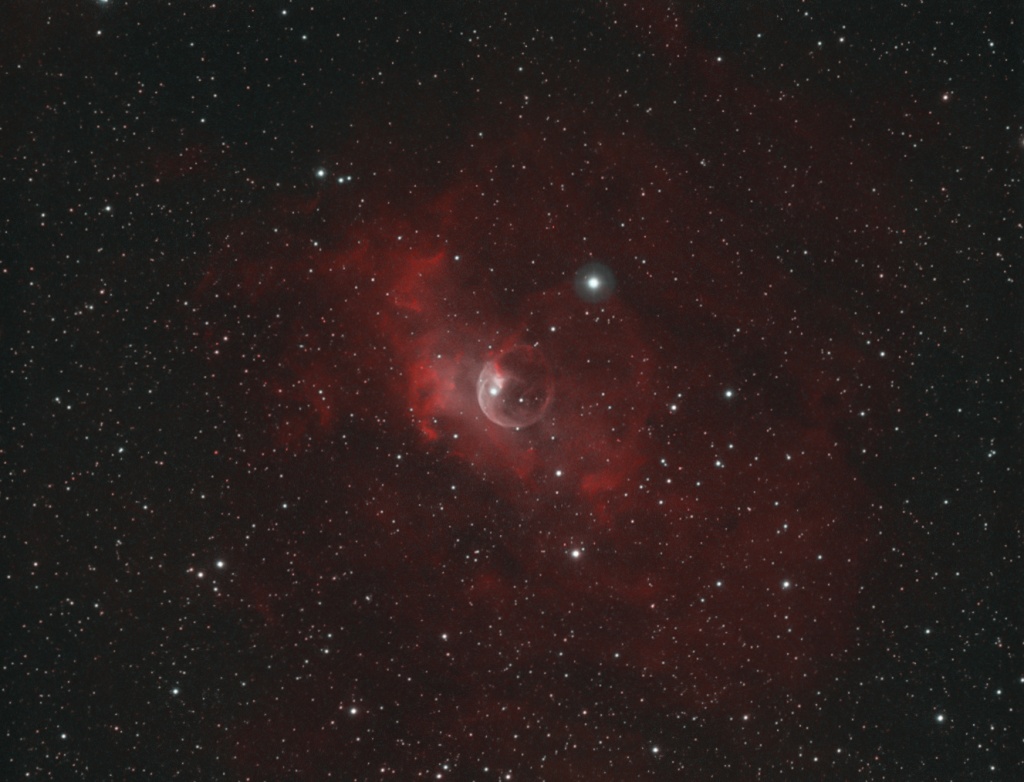 The Bubble Nebula in Dual Narrowband

Another day, another image!  I’ve been getting a decent run of cloudless nights this week, which, as we all know in the UK, is unusual, even in the summer…

This beauty is NGC7635 – the Bubble Nebula, in the constellation of Cassiopeia.  The bubble structure is caused by the stellar wind from a massive, and very hot, central star.  It causes the gas in the molecular cloud surrounding it to be pushed away at high speed, with the front showing up as an ever-expanding spherical bubble.   Although it’s expanding at high speed, the bubble itself is so huge that it still isn’t expanding fast enough to actually see any change within a lifetime.

This is another example of a dual-narrowband image, where the Ha (Hydrogen Alpha) band has been mapped to red, whilst the Oiii has been mapped to blue and green.  The major difference with this one compared to the image of the Western Veil that I posted yesterday, is the amount of Oiii.  This object emits very little Oiii, with the vast majority being in the Ha band – hence the over-riding red nebula.   The Oiii itself is predominantly on the left of the bubble, and in whispy areas surrounding the bubble, and shows up as the ‘whiter’ areas of the main object in this image.  Despite not being much of the whole, the Oiii makes all the difference here.  It transforms a beautiful object into an absolutely stunning one by giving a 3D feel to it. The following two pictures show the Ha and Oiii mono captures after stacking and Digital Development in MaximDL, but prior to combining.  As you can see, the Oiii is slightly less impressive than the Ha…! 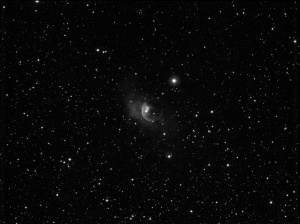 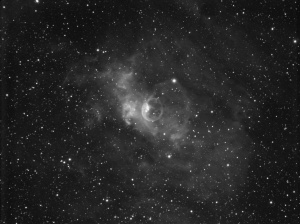 This is quite a difficult image overall to process, as there’s so much faint nebulosity on the background of the image, and very little actual true black sky, which makes getting the colour balance right quite a challenge without affecting the nebula itself.  It’s a case of separating the nebula from the background using masking in photoshop, and processing the background separately.