It’s nice to see measurable and obvious progress on imaging an object for the first time in a year.  This is my latest image of M42, the Great Nebula in Orion (along with some other objects including the famous ‘running Man Nebula’ – NGC 1977 – blueish near the top of the image – see the plate solved image to the right for all the other objects).  It’s really interesting looking at this, and comparing it to the same image taken a year ago.  You can find the post about that image here :-

That was taken unguided with 1 minute subs, amounting to about 12 minutes in total.  Not processed particularly well, but at the time, it was a revelation!

That’s why it’s good when I can improve on it considerably for my first serious attempt at imaging this fine object.  The image on the left is the final result of 75 minutes of exposure in 4 minute subs, at ISO 800, guided with the 1100D.  Taken through the 80mm Revelation Semi-Apo f/6 scope with the CLS filter.  Also taken are approximately 24x 30sec exposures, which I’ll come to in a bit.  I must admit, I wasn’t expecting to get such a good result from just 70-odd minutes of data.  Unfortunately, the cloud ruled supreme later in the night, and I gave up trying to get more data as my guide cam gave up guiding! The 30-second exposures mentioned above were taken as I knew that the ‘core’ of this object (the bright bit in the middle surrounding the triplet of stars known as the ‘Triangulum’), is very often over-exposed in images of this nebula.  This is due to the large ‘dynamic range’ (range of relative brightnesses) of the object.  Its a bit like when you photograph a sunset, the landscape generally gets silhouetted, and exposing instead for the landscape means the sun and sky get ‘blown out’ or overexposed.  There’s a technique called HDR photography which aims to combine different exposures using an automated process, to produce an overall image with detail in all parts.  My intention was to try and attempt to capture the core in detail with the shorter exposures, then to stack these separately and merge them manually to produce a similar effect.  I’m really happy how it turned out.  I managed to bring out a lot of the fainter dust that I’d never seen before.  I can’t wait until a good night presents itself and I can really go to town on this one!  If this was the last version I ever did, I’d be happy though (Hint: It won’t be 😉 ).

The gallery below shows the process’s major steps and hopefully illustrates what was involved in getting this from sky to image. All in all, there are a lot more steps than this, and for an image in the near future, I’ll record them in a more detailed way to try an illustrate this. 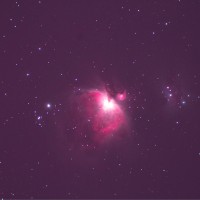 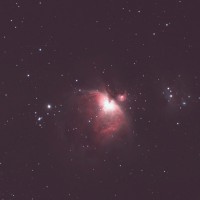 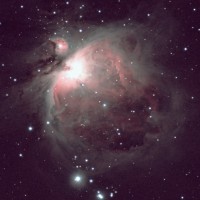 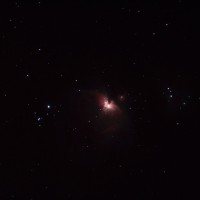 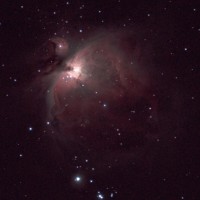 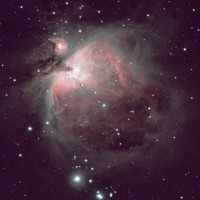 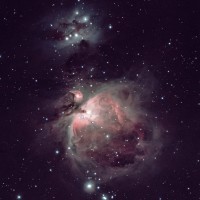 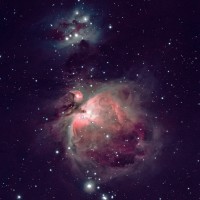 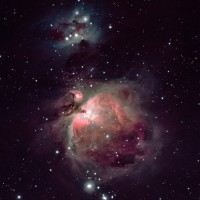